On a recent trip with my friends, we stopped off in London for 24 hours on our way home to Scotland from Paris. To read about our time in Paris, see the previous post.

Anyone that knows me knows that I am a major Harry Potter fan girl but for some reason, it took me about two years to go to the Studio Tour after it opened at Leavesden Studios. Seeing people’s pictures on Facebook always resulted in me feeling VERY bitter and jealous. So when Hannah and I started planning our trip to Paris and stopping over in London was suggested, I knew we just had to use that time to visit the studio tour (she is a big fan too).

Hannah and I know each other from being involved in Musical Theatre together at uni so we also needed to fit our timings around being able to see a show. Again, there really wasn’t much of a debate about which show we would see: we had both heard so much about Book of Mormon and we were super keen to see it.

So with all our activities settled, it was time to work out how we would get there!

We started off looking at flights but the major issue with flying into London, is how far the airports are from the centre. We would have had to make sure that we arrived at about 5pm if we were going to make it to a 7.30 show. This would have meant we had to leave the centre of Paris at lunchtime to get to CDG so it was all seeming like a lot of hassle (but it was very cheap).

When Erinna decided to come along, she made the suggestion of getting the Eurostar to London straight from Disney. It was the perfect plan. We managed to book this for £34 each, leaving at the perfect times for us. It was clearly meant to be.

We almost missed our train because we got distracted by the gift shop at Disney so that was slightly (very) stressful. The only reason we did not miss it was because it was delayed by 15 minutes so someone’s Fairy Godmother was definitely looking out for us there! We got on the train at around 4pm and arrived in London at about 6.30pm which gave us time to rush to our Hostel (a Generator, of course), change at lightning speed and get into an Uber. We arrived at the theatre at 7.10pm, giving us plenty of time to collect our tickets and get to our seats. PERFECT.

The only slight issues were that we hadn’t eaten so we were all starving and we were quite tired from our crazy day of Disney, Eurostar, Book of Mormon. As soon as the show started though, all those issues went to the back of our minds because it was hilarious from start to finish. I would highly recommend this show to anyone who doesn’t take offence easily – I think the show offends every group of people in fairly equal measure! I would even recommend the show to people who don’t normally like Musicals because it’s all about the comedy and is quite tongue in cheek about its own theatricality.

After the amazing show, we headed across the road to Bubba Gump’s for a delicious and very fun meal. It’s Forrest Gump themed and I think that there are quite a lot in the US but as far as I’m aware the Leicester Square branch is the only one in the UK. We also got a free glass of Prosecco for showing our Book of Mormon tickets so that was a nice added bonus! 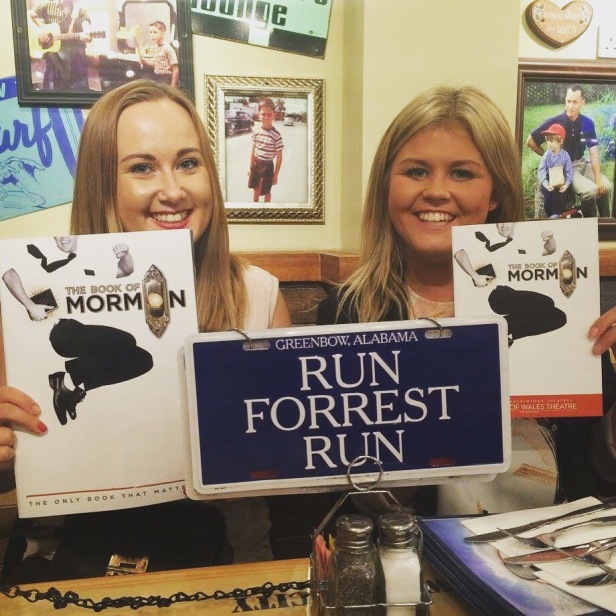 After dinner we headed out for a few drinks and managed to accidentally stumble across the best party in London on that Monday night: A King’s Day celebration in a Dutch bar. Within about 2 minutes of arriving, someone had painted Dutch flags on our faces and 10 minutes after that we had bought bright orange t shirts. We had such a great time and are already planning a trip to the Netherlands for King’s Day next year!

At the end of the night we got another Uber back to the hostel. If you haven’t used this yet, I would highly recommend it. You can order an Uber car to your location, see how long it will be, get details about the driver, contact the driver and pay for it all through the app. It’s so handy. It was also considerably cheaper to split the cost of an Uber than it would have been to buy a single for the tube so it’s worth considering.

We were up bright and early on Tuesday morning to head to the Harry Potter Studio Tour. We walked from our hostel to Euston station and caught the train to Watford Junction from there. One piece of advice I would give is make sure you get on an express train – on the way there we stopped about a million times and it was very slow but on the way back it took about half the time because we only stopped twice (I think). Once we arrived at Watford Junction, there is a bus that takes you straight to the Studios. You do have to pay but it’s not expensive.

I was very impressed with the organisation of the whole place. We picked up our tickets without having to wait and the staff were very friendly. You do have to join a queue to get in but it didn’t take very long (even though it’s a huge queue so don’t worry – they let lots of people in at a time) and there is a lot to take in even in the entrance hall. 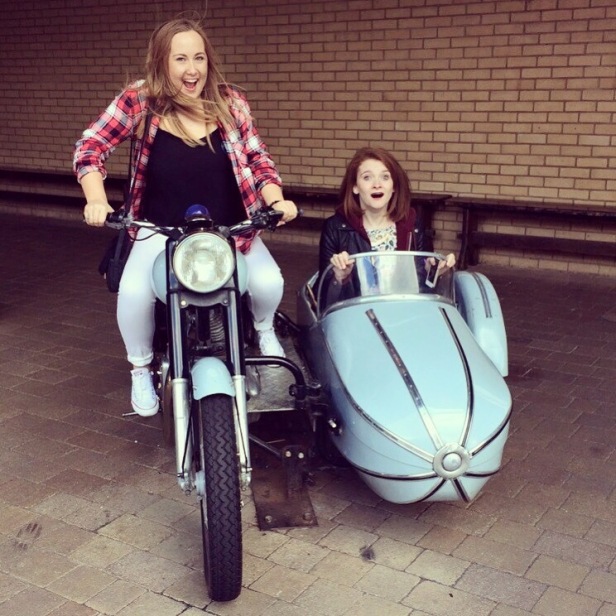 I’m not going to go into too many details or post many pictures because I think you have to see it for yourself – my descriptions could never do the spectacle and the magnitude of the experience justice. Anyone that has seen and enjoyed the films would enjoy the tour; if you’re a super fan like me you will definitely cry at some point because it’s just so great.

We spent about 2.5 hours at the Studios. I would have wanted to spend slightly longer but we were quite pushed for time because of our flight home. I would recommended giving yourself about 3-3.5 hours if you want to have time to stroll around everything/stop for some food.

We then had a mammoth journey form North London to South to get to Gatwick, during rush hour with suitcases. I won’t go into detail but this was definitely one of the more stressful periods of the trip. If you’re planning on doing this, make sure you give yourself plenty of time – I think it took us about 2 hours in total from leaving The Studios to arriving at Gatwick but we were lucky with timings as we didn’t have to wait long for any of our trains so it could easily have taken a lot longer.

Overall our 24 hours in London were unbelievably good. We crammed in so many amazing activities but also had the great fortune to stumble into an amazing party – sometimes going where the Drunk Disney-Singing Dutch man suggests is a good idea! This trip is the perfect example of when two locations can be so much better than one – we were away for the same amount of time as if we had spent an extra day in Paris and our travel and accommodation actually cost less when we added a stopover in London (it would have been £115 to fly Paris to Aberdeen but instead we spent £34 on the Eurostar and then £33 to fly London to Aberdeen so we saved almost £50 and made our trip even better). If there are two places you want to go that could be combined into one trip, it is definitely worth researching all of your options – I am so glad that we did!