Our first stop on our Roadtrip was Lake Tahoe. But before we could get there, I needed to get to grips with driving on the other side of the road AND driving an automatic for the first time. In San Francisco, on my way from the rental place to the Bay Bridge, this was quite difficult – it was busy and the sat nav gave me instructions far too late and it was all very stressful – but luckily as soon as we were out of the city, it was really easy and definitely nothing to be daunted about.

We stopped by at Sacramento for lunch which was really nice. We walked around by the Capitol where there were graduations going on so there was a band and lots of happy people so that was good to see. We also went to a deli for some lunch which was weird – American sandwiches are not like British sandwiches!

After our lunch stop, we were back on the road and reached South Lake Tahoe in the afternoon. We checked into The Inn by the Lake which had unbelievable views of the lake.

After a short nap, we headed out to explore and spent a few hours paddling and just generally enjoying the sun and the beautiful surroundings. It was so peaceful and we had a lovely time. 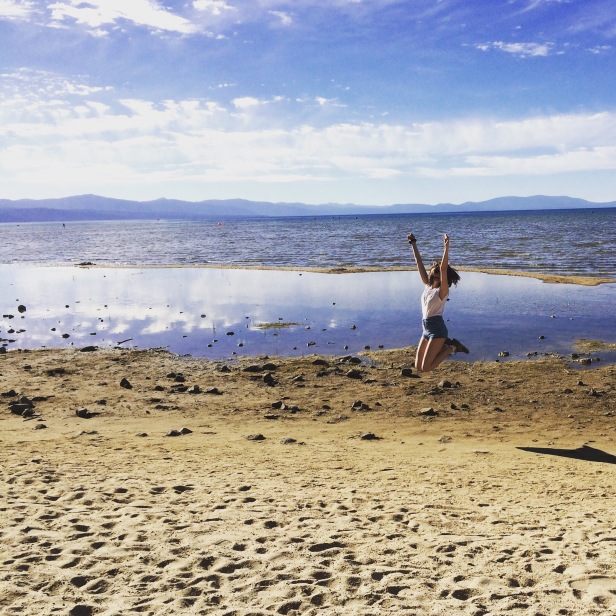 We decided to head to Zephyr Cove for dinner which is over the state line in Nevada and arrived in time for the sunset over the lake.Zephyr Cove is known for its water sports and other activities. Unfortunately we weren’t at the lake for long enough to take advantage of this, but I would love to go back some day and spend longer getting to know the area and making the most of all the available activities.

The next day, we only had the morning to spend at Tahoe before we went back on the road to head to Yosemite so we did some research about what was nearby and decided to go to The Emerald Bay and Eagle Falls. Emerald Bay was breathtaking.

We did the Eagle Falls hike which was nice (and pretty short) but not very spectacular (in comparison to the photos we had seen) so we took some pictures and then headed back to the car and realised lots of people were crossing over to the other side of the road – which turned out to be another, much more exciting part of the falls! I’m so glad we decided to check out where they were going because it was beautiful. 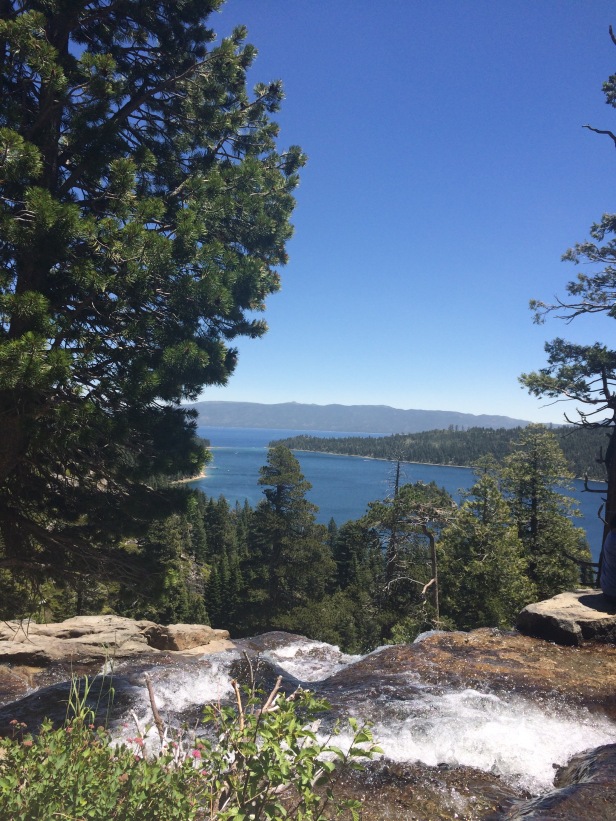 The drive from South Lake Tahoe to this area was challenging – the roads were very bendy and quite busy. I would say it wouldn’t be much fun for a nervous driver but if you do feel confident enough, it is so worth it. The views are incredible. We just went at about 10 miles an hour on the bends and didn’t let anyone pressure us into going faster!

The journey to Yosemite from Lake Tahoe was similarly challenging for the first couple of hours. The views were incredible but it was hard work keeping your concentration. After a while it did level off, but then the issue became not getting bored/distracted on the long expanses of road! It was a tough drive but we made it in the end. We had decided to stay at Lee Vining, near the East entrance. This was largely dictates by what was available to us when we booked (fairly last minute). We would probably have preferred the North Entrance but weren’t willing to pay the prices that properties near that entrance were charging.

Our accommodation was VERY basic – literally there was only a bed in our little hut and the bathroom was shared between our hut and the one next door – but it was ok for the one night we spent there. 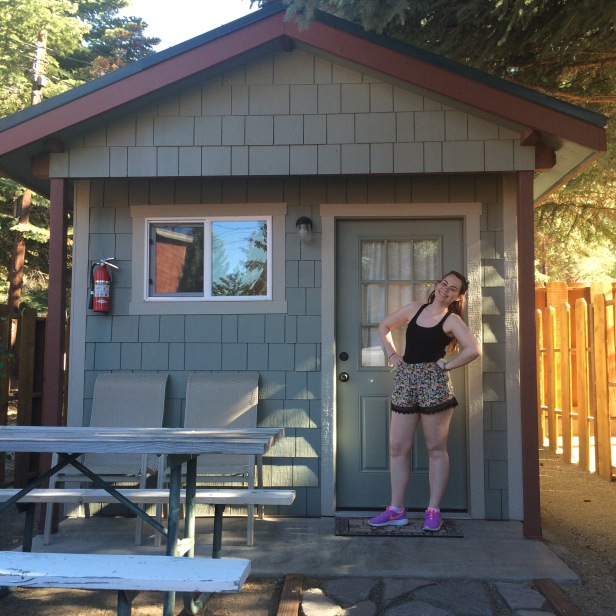 We headed into Yosemite early the next morning because it was a two hour drive from the East Entrance to Yosemite Village and Yosemite Falls, which was our destination of the day. The drive was beautiful, but again was challenging. Now there was also the extra pressure of not wanting to hit any of the wildlife that call Yosemite home! We were lucky though, and didn’t encounter anything in the road. It cost $30 for a week’s permit to get into the park with one car – this was the shortest duration available.Yosemite Falls were absolutely beautiful but very crowded with tourists. I would definitely like to return to Yosemite on another trip when it’s not so hot (it was about 40 degrees) and when I have longer to took around and see more. I will also be checking when the least crowded times of the year are too! I know you can’t complain about tourists when are one too but it was a bit overwhelming. Having said that, I am still so glad we made the extra effort to go to Yosemite. It really is unmissable!