LA is somewhere that I’ve wanted to go to for a long time but have never made it so when I was planning my round the world trip, I knew it had to be on there. My brother moved to California when I was 7 years old (he is a lot older than me so at that point he had graduated from university) so I had been to visit him a couple of times before when he lived in San Diego but I hadn’t been in years (since I was 14) and not since he had relocated to LA so I was definitely due a trip over to see him and his family.

We had been staying in Santa Barbara so it wasn’t a long drive in the morning to reach LA. The traffic is always something to consider in LA, so if the sat nav says 20 minutes there is a chance it could still take you an hour. We were quite lucky on this journey though and didn’t have too many delays. We arrived at our hostel at 10.45 – 15 minutes too early to check in – so we left everything in the car and went off in search of our first Landmark: The Hollywood sign. We drove up Ledgewood Drive to get there which gave us the best vantage point. This was quite a challenging drive with lots of hairpin bends on a very steep road with lots of cars on it. The houses that you pass are pretty amazing so if you’re not completely consumed with the fear of the drive, it’s fun to try and choose your favourite. Even at this point, you are still pretty far away from the sign but you can get a clear picture.

As a side note, a couple of days later we went on our tour that included seeing the Hollywood sign but it was much much further away – tour buses aren’t allowed on this road because it wouldn’t be safe – so this is something to bear in mind; you will get a better view if you drive yourself or walk up the hill (if you can face the climb!).

Our next stop was the famous Hollywood Boulevard. We drove along and managed to park quite easily in one of the car parks near the Chinese Theatre which was only $2 for 4 hours (with validation from the theatre). We spent quite a while looking at the stars on the Walk of Fame and the prints outside the Chinese Theatre – it was really fun trying to find all of your favourite celebrities between the feet of all the tourists!

We decided to do a tour of the Chinese Theatre too, which was quite interesting and only $10. We had Levi as our guide, who is also the MC for the hand and footprints ceremonies and the film premieres that are held at the Cinema so he had some really interesting stories. Other than that though, I don’t think that the tour was really worth doing. They said that we would see behind the scenes, but all we saw were the areas that you would see anyway if you went to see a film there.

By this point, it was lunchtime and time to go to my favourite Burger place in California – In n Out Burger. If you haven’t been before, it’s a chain that is available in a few states that specialises in fresh burgers and it’s delicious. It’s a must try if you get a chance! 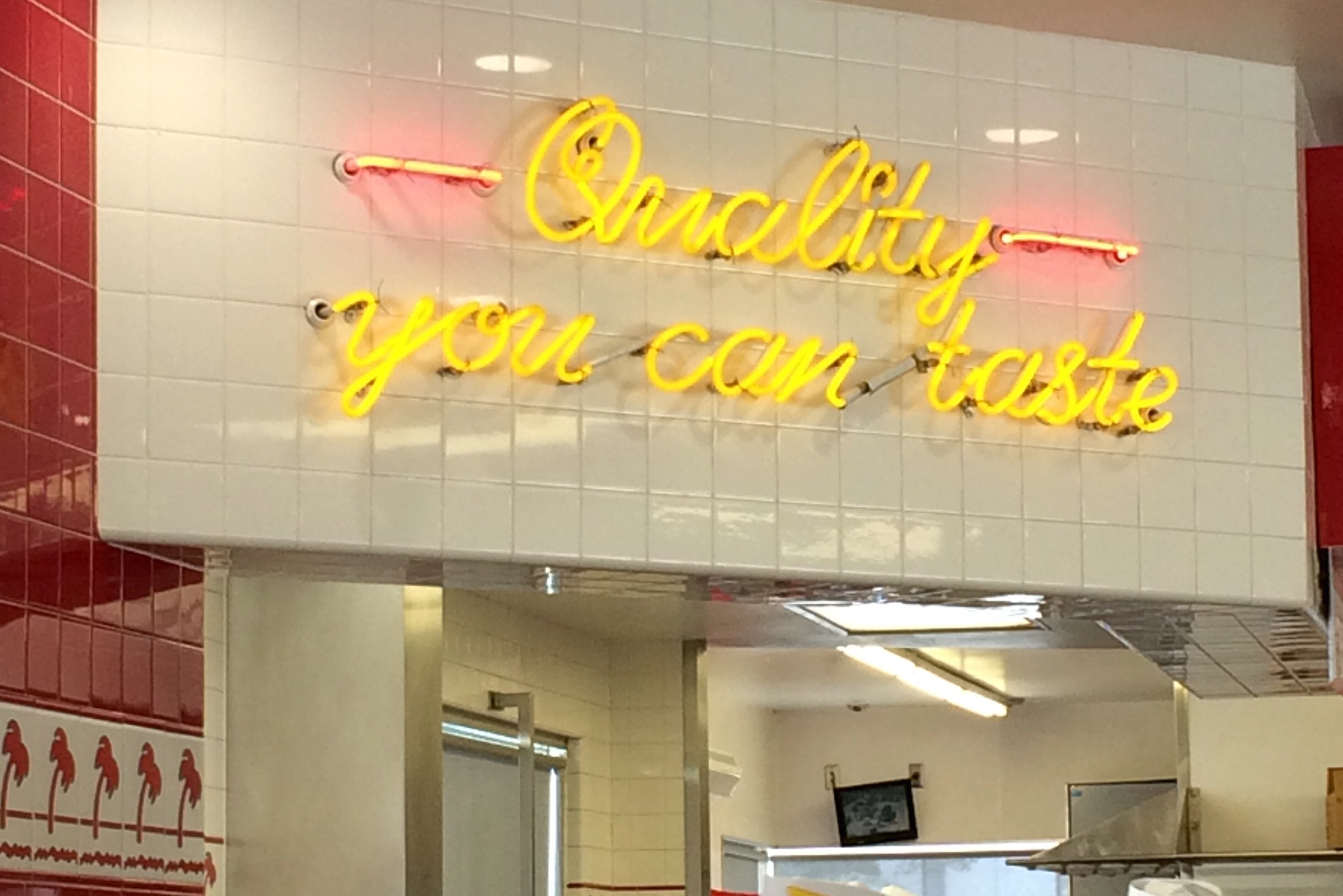 An added bonus was that this branch was on Sunset Boulevard, so we could tick another location off our list. It was so strange just driving down all of the streets that you hear so much about on TV and seeing that they were real places.
After lunch, we headed down to Santa Monica Pier to meet my brother and my nephew and had a great time strolling along the beach and exploring the pier. It’s definitely worth a visit!

This was probably one of my favourite days of the whole trip – our day at Universal. I would highly recommend this as I think there is something to interest anyone who likes films. The rides are a good mix of things for kids and for adults too. A lot of the rides are simulators so it means you don’t have to like rollercoasters to enjoy the park.

The best thing for me was just walking around the park and seeing the way that it was decorated. The detail was unbelievable. The worst thing was seeing that Hogwarts was being constructed while I was there – I am a MASSIVE Harry Potter fan so it was so tantalising to see that it was so close and yet I couldn’t go in yet. It’s due to open in summer 2016 so I will have to plan another trip! 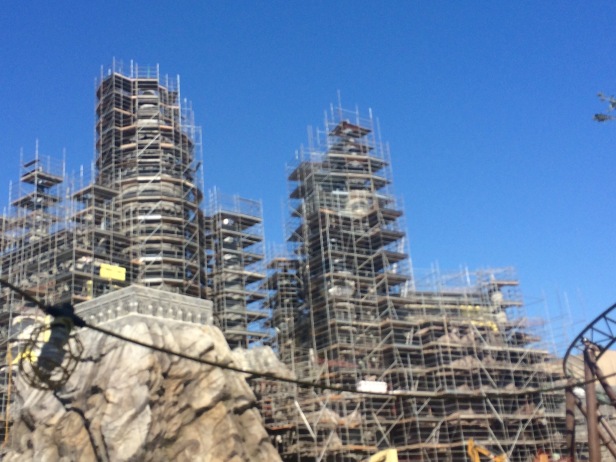 The studio tour was also a great experience. This was the first thing we did, but we realised we were on the wrong side of the tram (most things are on the left so you should sit on the left). Because we had done it early on, we had time to do it again later in the day and sit on the left this time so that was really good.

One of the areas that we hadn’t explored at all yet was Beverley Hills so we decided to go on a Stars Home Tour. These are so easy to come by – just walking along Hollywood Boulevard we were offered about five. I would recommend doing more research than we did though – our tour guide really wasn’t great as he didn’t have the local knowledge we were hoping for. You also can’t really see enough of the Stars Homes to make it particularly interesting. If you’re short of time, I think this is something that you could miss. The area of Beverley Hills, on the other hand, is well worth a visit. After our tour, we drove back to Beverley Hills ourselves and went to The Grove, which is basically an outdoor mall. It’s very pretty and it was a lovely place to spend a couple of hours. The shops are generally fairly high end but there is a mix. There is also a farmer’s market at The Grove, which we didn’t actually check out ourselves but we heard good things about it from people in our hostel so I will definitely head there next time I’m in LA. 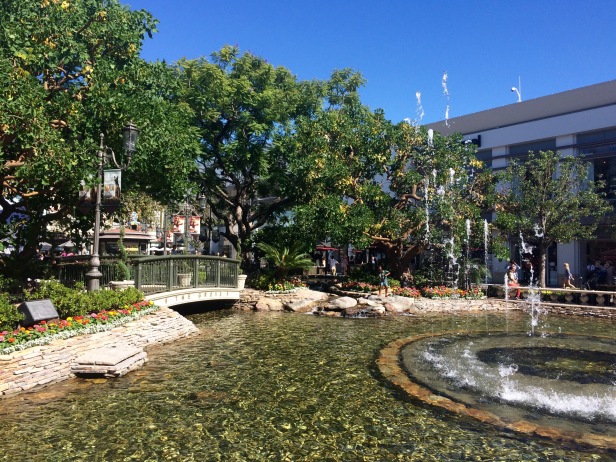 That evening we went out for Tapas with my brother and his wife and their friends. We went to Tinto Tapas in West Hollywood and the food was great. I would definitely go back. The portions were quite small so you should make sure you get a few plates each of you go. After dinner, we went to a bar to see a band play. It was a friend of my sister in law’s band so it was cool to see them play.

On our last day in LA, we still had a couple of things to tick off our to do lists. We started with The Warner Bros Studio Tour in the morning. This cost $50 each and lasted two hours. It was a very different experience from being at Universal a couple of days before, but I still really enjoyed it. We were taken to lots of different sets and we even got to go into the sound stage where The Ellen Show is filmed and sit in the audience (she wasn’t there unfortunately!) so that was cool. 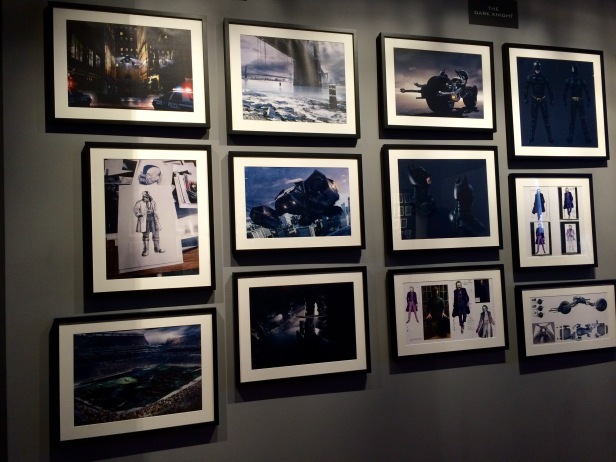 It was really interesting to hear how many shows and films have used the same sets – I have to say, I hadn’t noticed that everything was happening on one street in the films that our tour guide was talking about. It was amazing to hear what they can do with props and camera angles to completely change the perspective.

The tour was really interesting and I would recommend it for people that are interested in films and TV shows. I don’t think it is as good as Universal though – it’s much less varied and seeing as it was $50 for 2 hours and we had paid $90 and stayed 12 hours at Universal, it’s not as good value for money.

That afternoon, (after another In n Out Burger) we headed to Newport Beach. Emma was a huge fan of the OC so she was really keen to see where it was set; I was just keen to spend our last day at the coast by the beach.

The beach was so beautiful and it was totally worth the effort. You do have to consider that it is quite far out of LA – it’s about 35 miles away but in LA traffic that will take you at least 90 minutes. If you have the time to go, it is definitely worth it but if you’re pushed for time there are lots of beaches that are closer/actually in LA that could be a better option. We also stopped off at Huntington Beach and Long Beach on the way down there which were also beautiful.

As it was our last night, we went for dinner with my brother and his family at a Mexican restaurant in Hermosa Beach. Again this was quite far from where we were staying, but it was nice to explore another area of the city. It’s amazing that you can drive such a distance and still be in LA – for someone from Scotland, that is quite an alien concept.

I had an amazing time in LA and I was already planning my next trip out to visit before I had even left! I think four days was a good amount of time to spend there: sometimes I find big cities can be tiring if you’re there for more than a few days so four days was enough to get through most of what we wanted to do but it wasn’t too much.

Our final stop in our American adventure was calling. It was Vegas time!