I have written quite a few posts about my time in the North Island of New Zealand, but there are lots of little places that we stopped along the way that were so amazing that I didn’t want to miss them out entirely even though they didn’t fit in the main posts I was planning, so I decided to dedicate a post to my road trip around the North Island. If you’ve read my post about planning my New Zealand Itinerary then you will already know that I did my North Island road trip in two stages, punctuated by two weeks in the South Island. For the purposes of this post, to make it as clear and as useful as possible I will just be listing the stops in order of North to South – if you want to know about the order I did it in, you should read this post.

Auckland is a great base for New Zealand because it has the biggest international airport and it’s generally the cheapest place to fly into. I would say though, you probably shouldn’t plan to spend too much time here. I think that it would be a nice place to visit if you knew someone who lived there, but it feels like quite a functional city; there are good bars and restaurants but not many touristy things to do. We spent one night here when we first arrived and then three nights at the end, but this was definitely too much.

Hobbiton was an absolute must see for us! We booked it through the iSite (tourist information) in Rotorua because booking in advance is highly recommended – as you can imagine it’s very popular, even in the winter. We booked a ticket that included travel from the Matamata iSite to Hobbiton, which I would recommend because it look away a lot of the stress – the iSites in New Zealand are always very well signposted and easy to find and generally they have lots of free parking too. We had the most amazing day at Hobbiton and took SO many pictures. The only downside was how busy it was, but that’s to be expected and it wasn’t bad compared to theme parks etc. After a while in New Zealand you just get really used to being the only people around! There were about 25-30 people in our group and they were really good at keeping the groups separate so you didn’t get loads of photo bombers in your pictures. For a Lord of the Rings or film fan, this is a must see. Matamata is between Auckland and Rotorua. 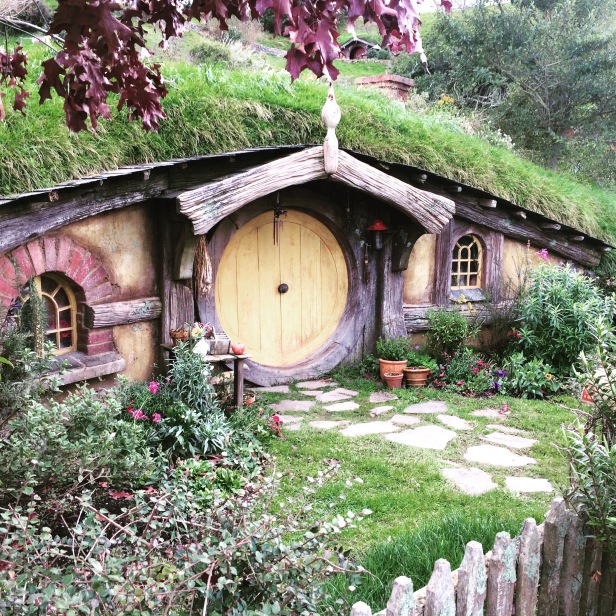 Rotorua was one of the most amazing places I have ever been. It’s one of the most geothermally active regions in New Zealand and we took full advantage of the range of geothermal parks and just visited as many as possible. We went to Wai-o-Tapu, Hell’s Gate and Te Puia. My favourite was Te Puia and it was one of the best experiences I had in New Zealand (but the others were amazing too, so if you can go to them all then you should). As well as seeing the two very active geysers in the park, we also learned so much about Maori culture from our guide. There was a model Maori village from when they originally settled in New Zealand and we attended a ‘Welcome Ceremony’ which featured traditional performances and dances, including the world famous Hakka. We also had a meal called a Hangi that was cooked underground using the heat from the geothermal rocks. It was a truly unforgettable experience and I would recommend it to anyone going to Rotorua. Another highlight in Rotorua was the Polynesia Spa – this was the first of many geothermal spas that we visited in New Zealand and we absolutely loved it!

The Waitomo Glowworm caves are always on lists of things you should see in New Zealand and it’s not hard to see why – they are absolutely incredible and really unlike anything else I have ever seen. There are so many companies offering very similar experiences, so we went for the cheapest one. I would advise that you shop around because lots of the companies offer discounts. We did consider the Black Water Rafting option too, but we both had colds and didn’t think sitting in the cold water would be a good idea (you’re basically in a rubber ring). As it worked out, I’m really glad that we did one of tours that was a mix of walking and going in a boat; it was very serene and I feel like I learned more than I would have if I had been Black Water Rafting because I would have been too apprehensive to listen to the guide!

Taupo is absolutely beautiful and is the main town on the banks of Lake Taupo, New Zealand’s largest lake. We went on a boat trip to see some famous Maori carvings in the lake; visited the Huka falls and went to yet another geothermal park (they honestly never got old – we loved them all!). Again, we used the local iSite to book our boat trip. We just booked it on the day of the trip which I think was a good option because it was winter so we wanted to see what the weather was like before committing to a couple of hours on a boat. I think in the summer you would have to book in advance though; even in the winter the boat was packed! The carvings are so worth the trip and being in a boat gives you much more of a sense of how big the lake is (apparently it’s the same size as Singapore, which is crazy!).

The Tongariro Alpine Crossing was one of the things on our must-do list. Unfortunately the weather meant that we couldn’t do the whole crossing so we did the first 5k to Soda Springs and the Taranaki Falls walk which was 7k. Both of the walks we managed to do were beautiful and we got to see Mount Doom (or Mount Naraghoe, as it’s officially called).

I hope this helps give a bit more information about the amazing places I visited in the North Island of New Zealand. I have also done posts about Wellington and Napier so you can check them out here!